(A grandfather plants the vines, his son will make the wine, and his grandson will understand why)

When I last blogged on Monday we expected all vines to be planted in a day and a half. The one field of Grenache Blanc was planted, and then the planting machine started planting Merlot on the big field above our house. After planting 15 rows (about 1500 Merlot vines), rain stopped play. Here is one of the recently planted Merlot vines, with the straight row of new plants stretching out behind it. 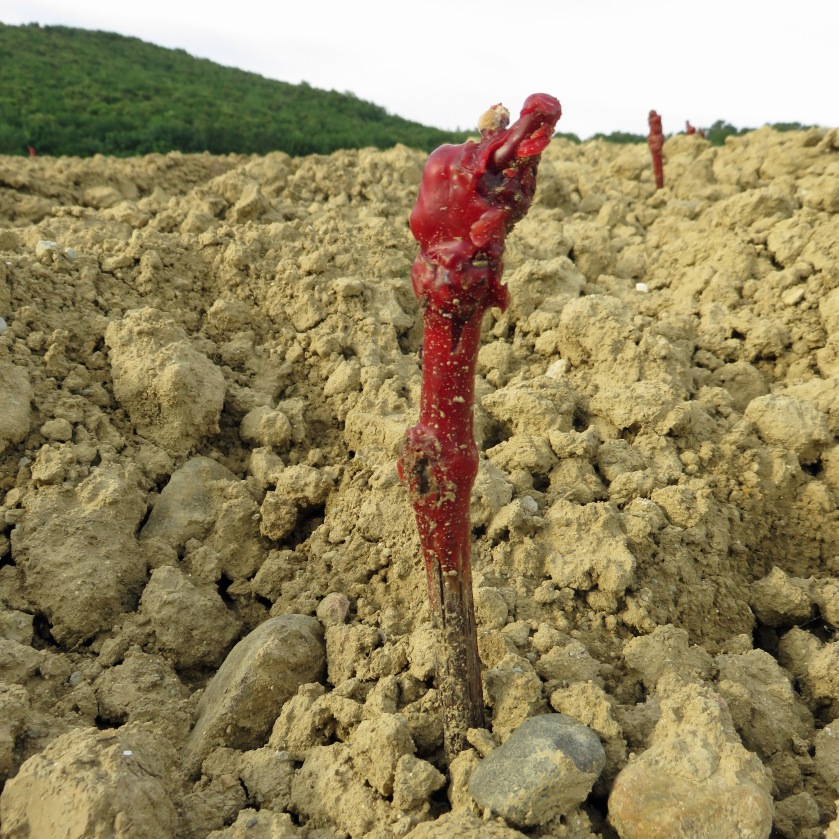 Planting has now resumed, and Grenache Gris were planted in the field up above our wood yesterday. Bear in mind this is restoring the land to a former use. There were vines on Cantaloup until 1986, when they were all pulled up, as part of the upheaval that took place in vine growing in the Languedoc at that time. In preparing the land Gilles has come across the remains of old Grenache vine plants dating back to an earlier period.

Below you can see the Cabernet Franc bench-grafted vines in the rack of the machine ready for planting today (covered by a thin film of  specialist red wax which protects the graft). The machine is again busy planting about 4500 Cabernet Franc vines today. When the vines run out, Gilles will stop, and the gap in the vineyard will be planted next year. 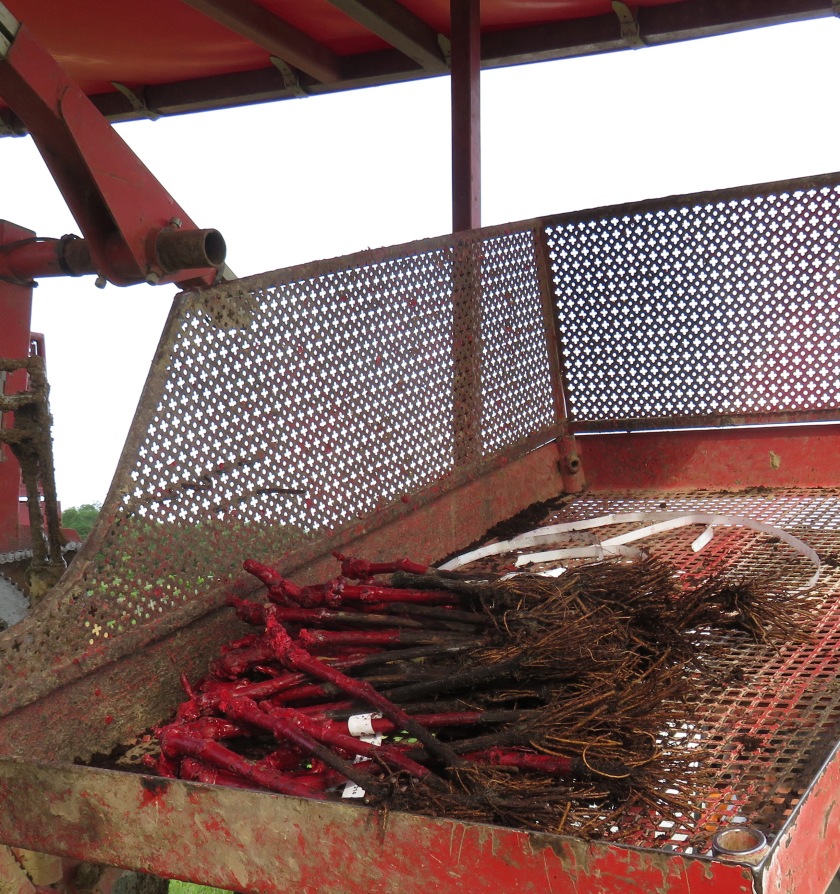 All European vines are now grafted vines, meaning local varieties of grape vine are grafted onto an American rootstock.  The reason for this goes back to the mid- 19th Century when European vines, exposed to phylloxera (a microscopic insect), sickened and died, nearly wiping out wine production in Europe. American vine varieties were already tolerant of this pest, so the solution was to graft European wine grape varieties which thrive in their respective regions, onto American rootstocks which can tolerate the presence of phylloxera, now widely spread throughout Europe.

The new plants now being planted at Cantaloup are, therefore, bench-grafted vines – in other words, the work of grafting has already been done, using Gilles’ choice of rootstock (porte-greffe) and chosen scion (griffon). The grafting is done in the vine nursery, the plant is matured and the graft healed there.  A different rootstock is chosen for different parts of the field, depending on the soil conditions, so there are lots of choices made that the nursery.

Here the planting machine is at work today. The machine is automatically driven by the GPS device. So it could plant a single row in the middle of the field, and then start again at the other end, and the rows would meet up perfectly. The vine nurseryman (Pépinière viticole) is here for the planting and it is he, in the foreground of the picture, who has time to light his cheroot! Our field has never had such a crowd on it. You can see our house in the background. 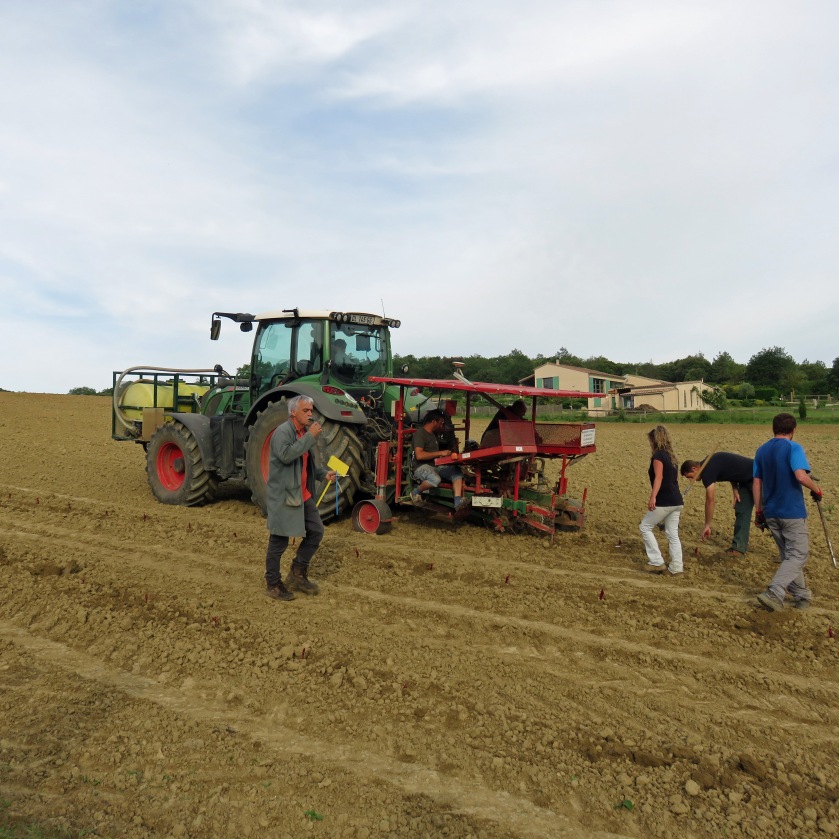 After the vines are planted Gilles will do one pass  over the newly planted vines with his tractor, and will apply a liquid spray to encourage root growth. He will then do one further pass with a light harrow attachment, to clean up the area between the rows of newly planted vines. Later he will put in place the posts to train the wires on which the growing vines will be trained. And then we will observe the growth over the next few years.

One peril is that, as we have seen, the graft of the newly planted grafted vine is protected by a specialist wax. The wax was applied last when the rootstock was uprooted in the nursery to be ready for planting. This provides good protection for the graft, but unfortunately the wild boar who inhabit our woods, apparently like the taste of the wax, so if the boar become a problem, the vines may need to be protected with a temporary electric fence.

So nothing is simple in vine-growing!